This Streaming is over. 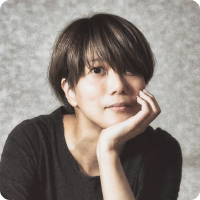 ■Life and works
Yukiko Mishima / Film director from Osaka-shi. Mishima started to produce indie films at age 18. After graduating from a university, she had worked in NHK to plan and direct the documentary films focused on human life, such as NHK Special, ETV Tokushu, and Top Runner, until leaving NHK in 2003 to record narrative films. Then she accumulated experiences as a freelance assistant director at Toei Kyoto Studio and others. In New York, she attended a summer workshop by Herbert Berghof Studio.In 2012 she released HAPPY HAPPY BREAD written by her own. She received for DEAR ETRANGER (2017) Special Grand Prix of the Jury award at the 41st Montreal World Film Festival, the 41st Yamaji Fumiko Award for Best Film, and the 42nd Hochi Film Award for Yukiko Mishima. The most recent work is Shape of Red, starring Kaho and Satoshi Tsumabuki, distributed in Februrary 2020. In every documentaries, narrative films, and TV programs, she consistently renders the crevasses of human beings in their perpetual lives, but at the same time, she believes in depicting a small "redemption of the soul" in the end.

Movies, which used to be just a sort of shows, are now a total work of art that combines various kinds of art such as videos, music, literature, and drama.This live talk-show digs into movies as such total artwork in different ways with the TUA students.The guest speaker will be Yukiko Mishima, the director of such high-profile works as Dear Etranger, and Red. Watch what kind of “the” will emerge from the talk, which will cover a wide range of the topics from her life as an artist to the way she expresses herself in film. 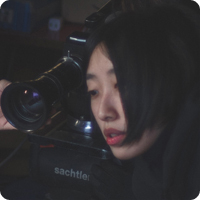 Kawazoe has been studying the Directing Course in the Department of Film Production since 2019.She creates works that mix film and digital.Humongous!, which she directed when she was in the 1st year of her master’s degree, was selected for the short films award of 2020 Semaine de la Critique label. 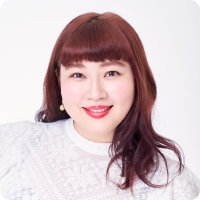 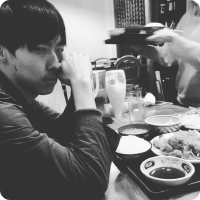 Haryu was born in 1995.He graduated in 2018 in the Faculty of Music from Aichi University of the Arts, and he is currently enrolled in the Master's program of Composition at TUA.He was a scholarship student of the Aoyama Foundation in 2016.In 2018 he won the 35th JSCM Award for Composers.He works as a music production assistant to Yuta Bandoh, for the drama Bishoku Tantei Akechi Goro broadcast in 2020.He has studied with Hiroyuki Yamamoto, Kosaki Mitsuhiro, Jummei Suzuki, and Tomoyuki Hisatome. 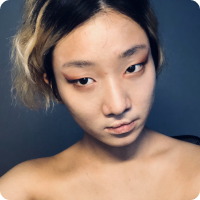 Matsushita creates artworks using interviews, since she is fascinated by the energies of the indeterminate words that appear through talking with people.Addedly she is interested in the education of fine arts in Japan, where language tends to be neglected even though we’re supposed to be spoken in a common language there.