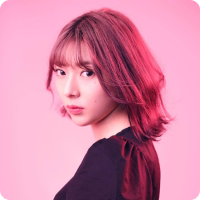 A cross-border creator with a society-oriented creative approach, and has worked on everything from advertising to product production with the two main pillars of "business with ideology and social nature" and “works with an obsessive worldview".
Been involved in creative direction in a wide range of genres, from real events to product planning and brand production.
In spring 2019, launched the "Ladyknows” project with the theme of women's empowerment and health care; at Ladyknows Fes 2019, which was held in October, the one-coin gynecological checkups for 500 yen became a splash.
Since autumn 2019, appearing regularly as a Wednesday partner on the news program news zero, challenging an approach to social issues from both the axis of creator and transmitter.

First of all, what made you decide to become a Creative Director?

I never tried to become one.
When I was in college, I tried working as a pressperson for apparel, and did some internships.
I wanted to do some work that involved making things, but I didn't know what could be a job. The thing that made me want to go into advertising among all things was just me thinking, "I want as many people as possible to see what I've made!” That was it.

The reason I started calling myself a CD (Creative Director) was because I felt that I had to make up my mind once I started receiving more work to which I was appointed.

So I just sort of played around with what I wanted to do, and that's how I ended up where I am today. 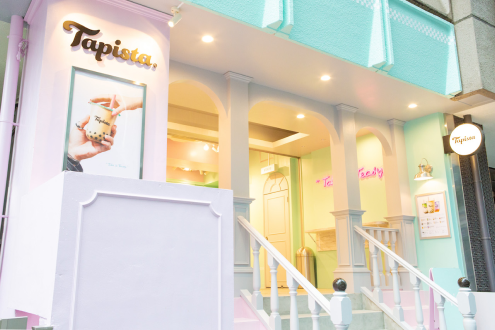 I find your ability to take action wonderful! What do you consider to be your strengths in your work?

The role of advertising is to communicate widely and universally, so I think it's been difficult for creators to express where they stand clearly. I mainly work to solve social issues surrounding gender and feminism, and I thought that expressing such a stance is synonymous with being selective about your clients.
But in the end, the fact that I have expressed my stance in such a way probably led me to appear on NEWSzero, so I think being a creator who can stand alone as an individual has become an advantage for me. 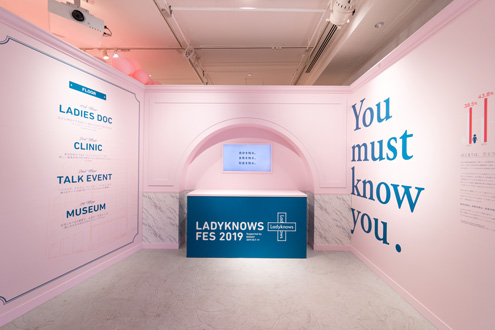 Could you tell me when it was that you had a clear idea of what you wanted to do?

The same thing happened when I started a company called Ladyknows. I was bothered by people telling me, "You're a girl but you work so hard and you're so great at your job," so I started my own project to get my message across easier,and that's how it started.

So in short, it's probably never going to be set in stone. 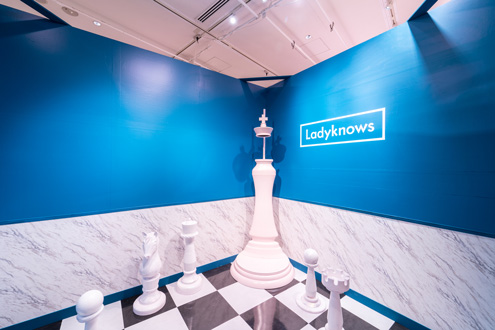 It's refreshing to hear that you do not have a fixed form of output.
Is it your conscious decision not to settle on a certain form of output? Did it come naturally to you?

It's natural, or maybe it comes from some inferiority complex.
Some people are obsessed with a certain method, and they can clearly use that as their weapon, but to this day I never felt I have it in me. In my work, many people are involved in the final output, so the fact that I am able to create things together without any resistance around it makes me think that this is my true calling.

There was also a time when we wanted to invite young people to a theme park, and we could’ve gone with television commercials, but instead decided on creating a place in the park where they could have fun, and so we made wall art. With this profession, I always feel that the best form is different with each job.

I think the strongest person is someone who can choose to do what is most effective, and create something together with others even if they have the skills to create it themselves. 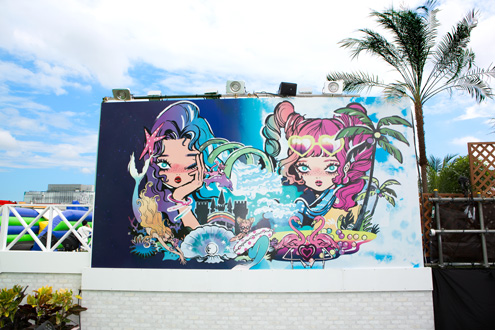 What was the background to the establishment of the company, arca?

About my first year at adot, I started receiving more work of my own, but while everyone else was working on projects as a team, I felt like I was by myself, like working on crafts individually. So I still admire the idea of working as a team, but I was already doing unique work within the group. I thought things would become more smooth if the companies were split.
We started to clarify where we stood, like I mentioned earlier, one by one, and the direction we wanted to go started to solidify. That was when the company was formed. I thought it would clarify what we valued, and hoped it would become a place where people with similar ideas could come together.

I feel I should’ve read books.
I still want to read, but it's hard to set aside time for it. I want to read books on business and general education, to broaden my horizons. I’ve learned that I can deepen knowledge even after I've grown up, but reading a great amount of books, even if it's in a field I'm not interested in, was a privilege I only had during my school days.

The best thing I did was falling in love with a certain subject, and digging deep into it.
At the time, I liked Harajuku culture and dressed rather eccentrically, and I think the worldview I was enthralled by at the time has had a significant impact on my current output. When you're busy, it's pretty hard to dive into things that aren't rational or to meet new things you like. Cultivating your own roots is a privilege you have during that time.

Maybe this is related to what you’ve just mentioned, but are there any people or works that have influenced you?

One of the themes within me is to not be tied to any one field and to cross boundaries, and so I really don’t have a certain someone that I’d like to be. I feel like I have taken the best out of different people (laughs).

I've long been a fan of Ringo Shiina, but recently in an interview she was saying, "I've finally been able to exercise the freedom that I have now that I'm old.” The older I get, the more I can do. I felt I needed to become an adult who could pass on such a hope to the next generation.

I also like the model AMO-chan, and a band called THEE MICHELLE GUN ELEPHANT. They both share this elegance and punkness. For example, AMO-chan's fashion is girly, but she wears Dr. Martens on her feet, and the band has a live, hardcore Japanese rock band sound, but wears suits when they play. The things I like, they always seem to have that similarity. 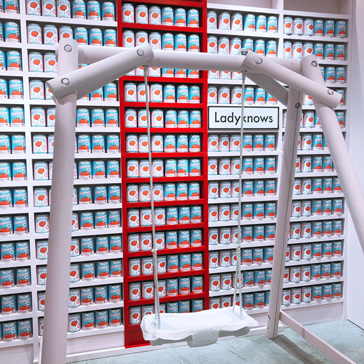 Personally, I've never been able to focus on just one thing I want to do, so I was really delighted to hear that you can place
value on many different things.

A jack‐of‐all‐trades and master of none, and proud of it (laughs)! You never know if it’s the right answer though (laughs).
I'll do my best to make it right.

I'm sure you'll be working within the COVID-19 situation from now on, but what do you think the future holds for your activities and the advertising industry?

There will be all sorts of restrictions, but I think creators produce more interesting things when there are restrictions. Especially with the depressing headlines these days, I think we are entering an era where creators are expected to bring a new role and value for society that can break through all that.
It's not just about staging and being beautiful, I think.

What kind of impression do you have of art students and TUA students?

When I started to come into contact with people in society who graduated from art school, I realized they don’t only rely on their senses as I thought they would. They are actually able to solve fundamental problems and bring about a final output, and doesn’t that make them invulnerable? So I think they are all amazing people.
Even now, I would want to enroll if I could.

The theme of this year's Geisai is “THE”. What does “THE” mean for you?

Today, I think all the inconveniences have been solved technologically, but creativity is capable of solving problems in a more human way. I think that society as a whole tends to think of creativity as something fun, pop and illogical, but I want to prove that it is in fact something that can make society better.
So I guess that's what I mean by becoming "THE creative".

Do you have any dreams or goals for the future?

There are a lot of things (laughs). I really want my life to be one where I can’t imagine what I’ll be doing a year from now. Another thing: the more things I am capable of doing, the more free I want to be without being limited by them.
To be more specific, I don't mean to sound naive, but I want to be the first advertising creator to win the Nobel Peace Prize. 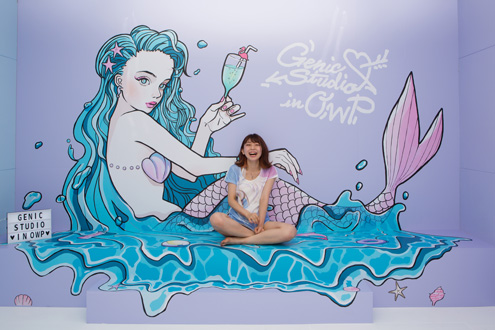 Lastly, could you give a message to the students of TUA?

I think there are many things that people in the creative field can do for society.
I hope there will be more creators who think about their own skills, or maybe even their existence, or what they can offer to society as much as, or more importantly than, what they want to do, and I would like to work with them. And I'll do my best to prepare that kind of a company.

Thank you for your time today.